250km for Gender-based Violence (GBV) – A story from the desert 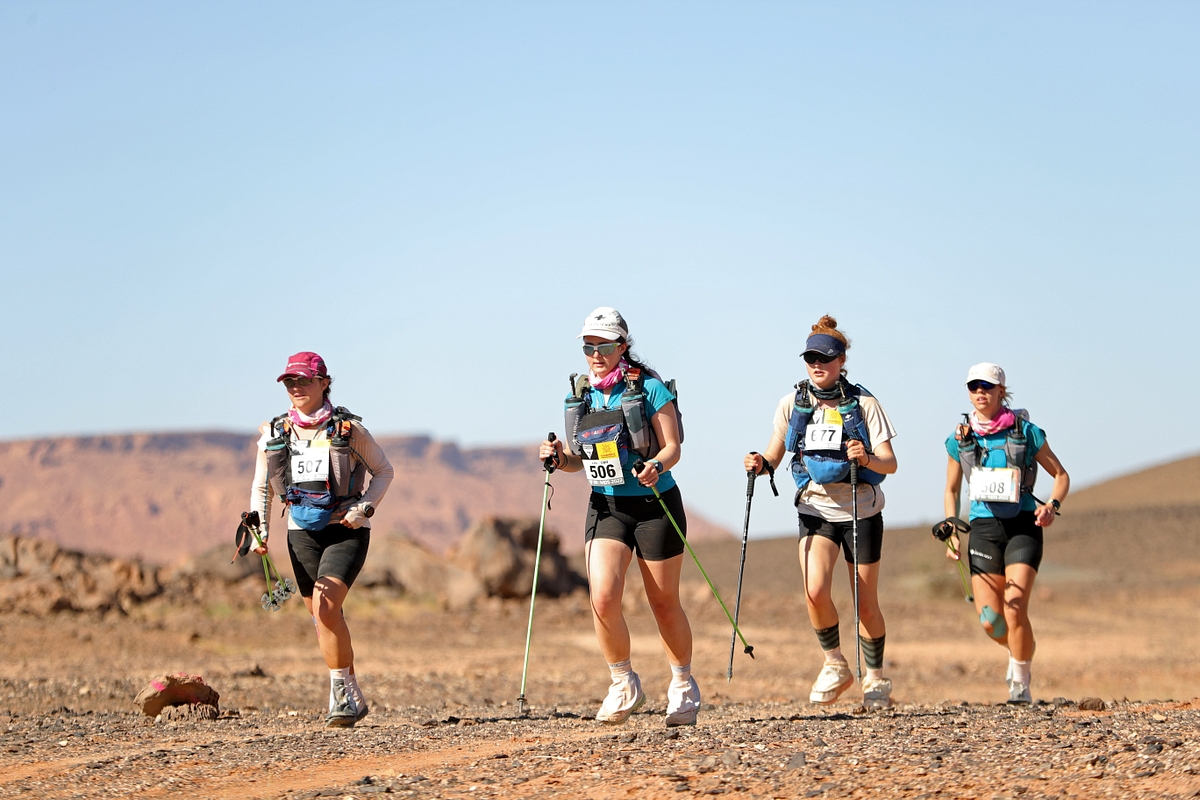 Team Miles over Miles raised £21,580 (circa R 440 000) for Gender-based Violence (GBV) with The Marathon des Sables, a six-day ultramarathon covering over 250km in the desert. These funds will equip 7434 women with a Power2You pack, a GBV initiative from the Kolisi Foundation.

On a Zoom call with Ella, Bindy and Lily (Team Mind over Miles), their story of courage and endurance during the race, coined ‘The Toughest Footrace on Earth’, left us inspired. It also made us think about the similarities of what a survivor of GBV is going through – not just the physical challenges but also the mental and emotional ones.

When asked why they would take on such a daunting challenge to run 250km in the heat and heart of a desert, Ella responded: “This was a race that I have always wanted to do at some point in my life, but I wasn’t sure when I would get the courage to sign up for a race that so few women compete in.” But the three women echoed that doing it together made all the difference. “Competing in these events with close friends means the difference between making it to the finish line or not, Ella added.”

A race of this calibre doesn’t come without many physical and mental challenges. “Surprisingly, the 6-hour sandstorm on day two, with only limited visibility of one or two meters, wasn’t the worst. The greater challenge came when we arrived at camp. Every bone in our body was exhausted, only to find a collapsed ‘tent’ that, after every reconstruction, collapsed again over us 5 minutes later. No time for recovery shakes or to put the feet up,” Lily mentioned. More than fifty people dropped out on this day, half of the entire week’s dropouts.

Ella added that her most significant challenge was the two marathon days after each other, about 19 hours of running, with almost 6 hours in the dark. “By this time, our watches had died, and we had no idea how far we had to go; all we could see was the light of the campsite. But the light was feeling so far, and it didn’t feel like we were getting any closer. You feel like giving up.”

So what kept them going? Beyond the support of her fellow teammates, they mentioned, “the knowledge that every step we took, we were helping women all over South Africa feel safer and protect themselves against difficulties I could only imagine. I felt like I could imagine each one of them going through difficulties in the desert; we were doing it for them.”

Running this race for GBV didn’t only raise funds for the Power2You initiative; it was also an awareness opportunity for the challenges faced by many women in South Africa to their UK friends and family. “It inspired many of our friends to research GBV and the importance of advocating for greater laws and protecting those in need. Many people we knew were so shocked about the statistics they heard that it spurred them to take greater action in their spheres of influence.”

In the fight against GBV, let’s not just talk about it but take action, TOGETHER. You don’t have to run the MTS, but you can do something.

Are you maybe preparing for the next IronMan, Comrades or Marathon? Click HERE to create a fundraising campaign for the Kolisi Foundation.