Co-founders of the Kolisi Foundation, Siya and Rachel Kolisi, are the Executive Producers of a new short film entitled #WeAreDyingHere.

Produced by Bianca Schmitz of Optical Films and Siphokazi Jonas of Wrestling Dawn Arts, in association with the Kolisi Foundation, #WeAreDyingHere chronicles the journey of three soldiers forced to survive a war that they did not choose. In this war against women’s bodies, they attempt to find solace by telling their stories under the constant watch of a relentless enemy. #WeAreDyingHere is an intimate reflection on the impact of violence, harassment, abuse, rape and femicide on everyday life. While the film never depicts any violence, the psychological and emotional trauma on these soldiers is evident. It is a necessary insight into the experience of living in South Africa where names of missing or murdered women trend frequently.

#WeAreDyingHere is an adaptation of the critically acclaimed stage performance of the same name created by writer and performer Siphokazi Jonas who directed the original stage production. In July 2020, the stage production was mentioned in TimeOut New York as one of the best productions to stream during the lockdown. This production was co-written and performed by poet Hope Netshivhambe, and musician Babalwa Makwetu, who all reprise their roles in the film.

“I am tired of feeling helpless and afraid as a woman in South Africa,” Jonas insists. “Before work began on creating #WeAreDyingHere, I felt as if art has no real place in terms of true change in the world; a film is not going to change murderous intent. But a fellow writer reminded me that our work gives us language and helps us to articulate ourselves and that’s what we hope #WeAreDyingHere will elicit.”

Director Shane Vermooten says about the production, “During the initial lockdown in South Africa, I watched a recording of the stage production, and when the performance finished, I sat in my living room with tears streaming down my face. I couldn’t think of anything else for days. I knew we had to do adapt this incredible production for the screen.” He continues, “#WeAreDyingHere is a unique combination of spoken word poetry, theatre and film and this distinctive combination helps deliver a powerful and poignant message in a visually rich way, which I haven’t seen on screen before.”

“One of the most beautiful results of this film is that it causes people to stop, think and more so encourages men and women to have conversations. Like the title, it gets straight to the point” explained Rachel. “There are many things that need to be unpacked in this film, and there is a lot that can be explained” Siya added. “The narrative of the film also teaches you that Gender-Based Violence doesn’t start with the violence, but the whole thought process; the film encompasses a lot of educational learnings for us as men.”

#WeAreDyingHere will have its global premiere at The Pan African Film Festival (PAFF) in February 2021. PAFF is the largest Black History Month event in the US, a nexus for emerging Black voices looking to be seen, felt and heard.

Although the film title is, #WeAreDyingHere, the producers want the film to leave everyone with an overwhelming sense of how much women want to live: to thrive, fearlessly, and as freely as possible. 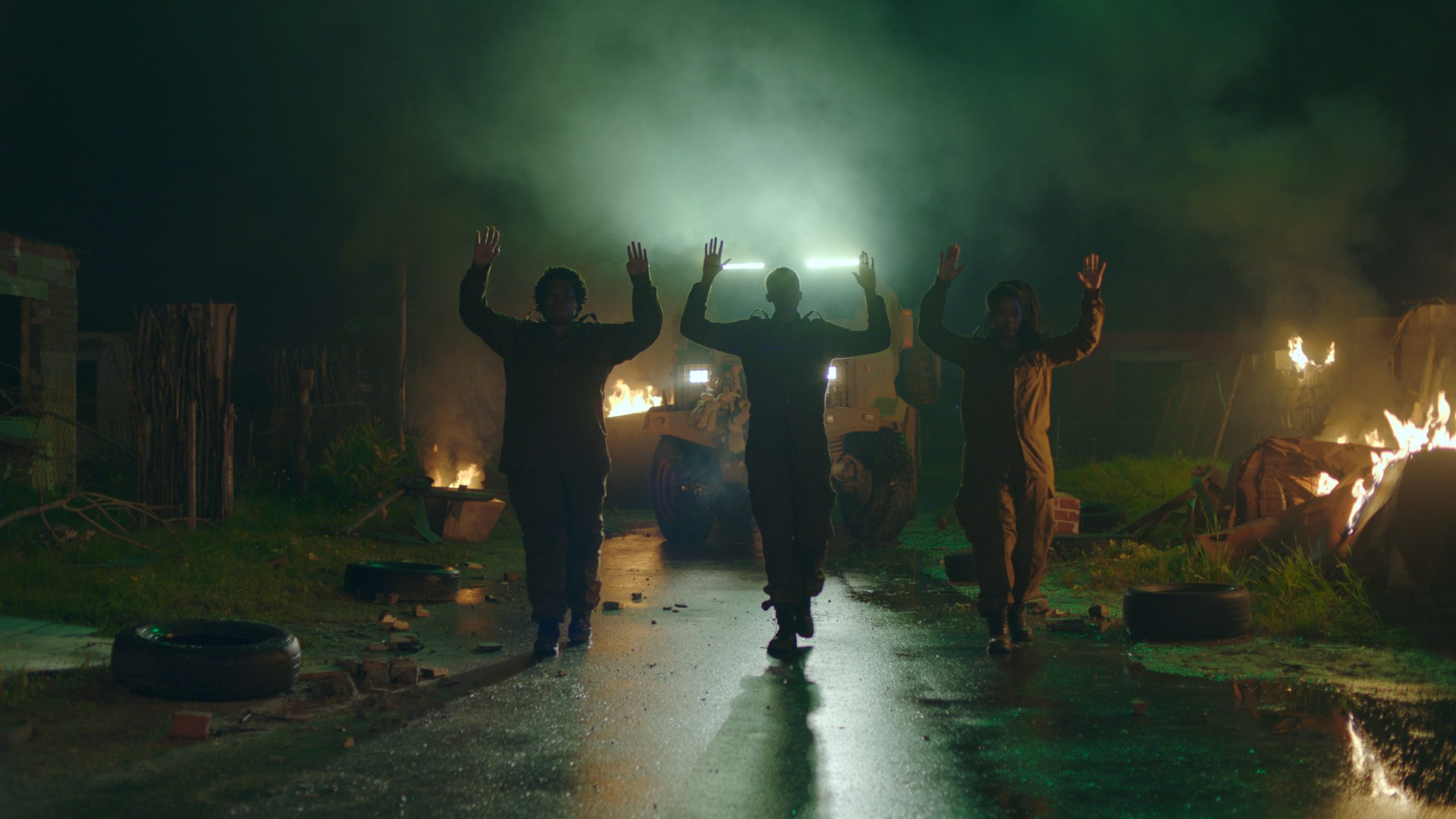